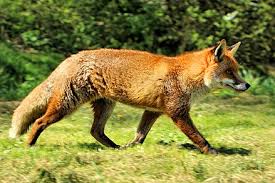 The fox didn’t seem to notice me.

Leavenworth National Cemetery is a place of serene beauty. Uniform white marble headstones, equally spaced, lie silent amidst manicured green grass. Each stone lists the branch of service, rank, name, birth and death dates of the person eternally resting below. Many have an engraved cross, or an added message.

Some of the words etched on my son’s headstone are: 1st Lt. Benjamin Grant Davis, December 7, 1975 to July 25, 2004. Beloved husband and father. U.S. Army, Airborne. I can’t remember exactly, or the order of the words. You might think this would be seared into my brain, but it’s the opposite. I don’t want to remember it. Sometimes I still get lost on the 50-minute drive to the cemetery. Because at a distance the headstones all look identical, I stop at the visitor’s center and enter his name into the grave site locator. Section 57 Row 9 Site 11. It’s engraved on the back of the headstone as 57 9 11, making it easy to see on approach, if only I could remember.

I go to the cemetery maybe two or three times a year, usually on a day when I hope few other people will be there. I take a small item like a guitar pick or seashell, a stone or a penny, that I lodge in the dirt next to the marble slab. Sometimes I take fresh flowers, and sometimes I take a photo of him to tape next to his name, knowing it’s temporary, but that puts a face to the young man buried there.

I sit on the grass in front the headstone. I touch the cold stone, feeling the deep crevices of the letters. I tell Ben how much I miss him. I look up and talk to the open sky where I imagine his spirit floats in the unknown. It’s always sad, and each time different. Sometimes I sit quietly and remember him, or sometimes grief wells up from within and I cry.

At one visit I followed my routine, sat down in front of the headstone and suddenly began to wail. I sobbed with the deep emptiness of a mother with her child no longer within reach. I cried words of loss, of a longing for his presence. I cried into my hands, no longer wanting to read the words declaring my son dead. Finally, I stood up and walked back to my car, needing tissues and a drink of water. I sat there for a few minutes, calming myself for the drive home.

A movement caught my eye and I gasped as the red fox trotted along the the front row of headstones. His head was up, eyes directed forward, long, full tail flowing straight out behind. His coat was a deep burnt orange, like a gleaming copper penny – the color of my son’s hair – vivid against the creamy white marble. He stopped for a moment to survey his territory at the marker of Section 57. Then the fox resumed his journey and disappeared into the border of trees across the road.

While driving home I thought about the fox and the possible meaning, if any, of his unexpected appearance. Upon researching foxes, I learned they are considered cunning, adept, and loyal to its mate, with acute mental and physical awareness. Foxes are nocturnal, which made his daylight appearance even more stunning. But on a day when I needed comfort, the fox became a reminder of beauty, that nature flows on around us, and of a drive for basic survival. Like a fox, Ben was a critical thinker, smart, and a loyal family member and friend. He worked hard to be the best officer possible, caring for his troops and the serious nature of his job.

I like the idea of the fox as a cemetery guard, paroling the grounds holding so many loved ones. And I love the connection of the fox’s fur and my son’s striking copper hair. 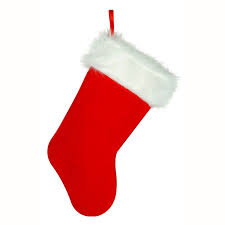 While listening to a friend describe travel plans with her family for the holidays, I’m reminded of the Christmas of 2000. In mid-December of that year, my son, Ben, an eager new Army officer stationed in Kitzingen, Germany, suddenly experienced grand mal seizures and was rushed to a neurological hospital in nearby Würzburg. Doctors there diagnosed Ben with a brain tumor. The Army immediately discharged him from his duties, and arranged to send him to Walter Reed Hospital in Washington D.C., with surgery scheduled for December 26.

My son’s father, his wife and I traveled together from our homes in the greater Kansas City area to Germany to be with Ben and his young family. Still in shock, we had a surreal early Christmas party for our two little grandsons so they could open gifts. Within 48 hours we all flew to Washington, D.C. while the Army quickly packed up the family’s belongings. At that time, there were accommodations for families on the campus of Walter Reed Hospital, and we were given rooms in which to stay throughout Ben’s surgery and initial recovery.

Now, 18 years later, some of the details are becoming foggy. I remember that my younger son, Zac, also flew to D.C., along with his three stepsisters. My then husband joined us there as well. Coincidentally, my daughter-in-law’s parents live in Alexandria, where she grew up, only about 30 minutes from Walter Reed. She and my grandsons stayed with them.

There we were in small, motel-like rooms at a hospital on Christmas Eve. Ben’s stepmother bought Christmas stockings for everyone, the felt red and white kind from a discount store, and used glue and glitter to spell out our names. We all rushed out to shop for small gifts for each person, like freeze-dried ice cream from the Space and Air Museum at The Smithsonian, or from drugstores or shops we passed by. That night we crowded together in one room to eat snacks and open our stockings. We listened to Christmas music on a radio. The next morning, on Christmas day, we went to Ben’s in-laws’ house to feast at their amazing Christmas buffet, drinking homemade eggnog while dancing and playing instruments along with their traditional Puerto Rican music.

On December 26 we sat together in the hospital waiting room during Ben’s surgery, which went as well as could be expected. The surgeon told us he removed as much of the brain tumor as possible, but that it was a glioblastoma multiforme, which we learned would eventually return and is always terminal. After a round of radiation treatments, Ben, his wife and children moved back to the Kansas City area.

We celebrated three more Christmases with Ben before he died on July 25, 2004. This same extended family plus more grandchildren and spouses usually gathers for dinner on Ben’s birthday, December 7, to remember him and the profound impact he had on all of us. This time of year is always difficult for me, as it is for anyone who has lost a loved one. The memory of that unusual Christmas of 2000, which wasn’t fancy or traditional yet filled with love, makes me smile.